Bed Bugs And Disease – What You Didn’t Know

HomeBed Bug PreventionBed Bugs And Disease – What You Didn’t Know 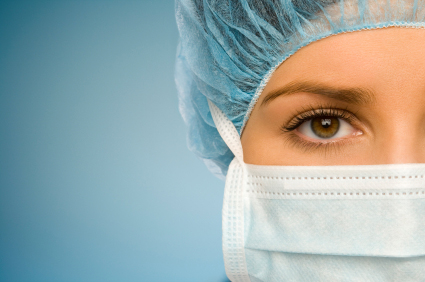 Bed bugs cause a variety of negative physical health, mental health and economic consequences. Many people have mild to severe allergic reaction to the bites with effects ranging from no reaction to a small bite mark to, in rare cases, anaphylaxis (severe, whole-body reaction). These bites can also lead to secondary infections of the skin such as impetigo, ecthyma, and lymphanigitis. Bed bugs may also affect the mental health of people living in infested homes. Reported effects include anxiety, insomnia and systemic reactions” CDC-EPA  Statement On Bed bugs

Hepatitis B can survive 7 ½ weeks inside a bed bug, which has fed on a host carrying Hepatitis B

Whether or not bed bugs can transmit human disease agents remains a point of contention. Attorneys representing plaintiffs bitten by the bugs in hotels and apartments often firmly state that the risk is real and warrants compensation. While not scientifically proven to transmit disease, the record of science and the medical community has not been totally reliable concerning some public health issues.

What is the most serious health concern with bed bugs?

One of the most serious health concerns with bed bug bites, is MRSA. Methicillin Resistant Staph Infection is potentially deadly. Today it is also commonly called Medically Resistant Staph Infection. The scratching associated with repeated bug bites breaks the skin. In the age of MRSA there are significant health risks with repeated skin breaks. Different people have different reactions to bed bug bites. For many, severe allergic reactions cause large welts, itching, and extreme discomfort. Left untreated, victims are covered in large itching welts.

Bed bugs can hatch in 10 days and reach maturity in as little as 21 days, they reproduce at an astonishing rate. Bed bugs feed every night, biting their victims repeatedly. They are voracious, and are adept at feeding without the host feeling the bites until morning.

The person shown received these bites in a single night, staying in an infested room. Any break in the skin causes increased risk for MRSA. Repeated bed bug bites and scratching causes health risks that are potentially dangerous.

“ MRSA is a growing global public health menace because of its rapid spread from hospital settings into communities of healthy people,” says NIAID Director Anthony S. Fauci, M.D. “This is an evolving pathogen that in recent decades has developed resistance to common medical treatments and now is finding new mechanisms to spread and cause severe illness.” Bedbugs, A Growing Health Menace

While the jury is still out as to the ultimate effect of bed bug bites on society as a whole, a bed bug infestation should be treated seriously and quickly to prevent possible health risks for you and your family.

With Bed Bugs, the Cure May Be Worse Than the Disease.

As reported in Time Magazine  “Bloodsucking bed bugs have made a comeback in recent years. But as victims of infestation have become increasingly desperate to rid their homes of the bedeviling pests, many have only done themselves more harm.

A total of 111 illnesses associated with bed bug-related insecticides were reported in seven states between 2003 and 2010 (mostly in the last three years), the Centers for Disease Control and Prevention (CDC) said Thursday. Most cases of poisoning were not severe, but the data included one death.The actual number of insecticide-related illnesses may be far higher than found in the CDC study, because it included only those that were reported to a surveillance system in 12 states. Further, many people experiencing minor symptoms, who didn’t seek medical treatment or advice from a poison control center, would not have been captured by the system.

In nearly 40% of cases of insecticide-related illness, extermination was attempted by consumers who weren’t certified to use pesticides. The problem is only being made worse by bed bugs’ increasing resistance to commonly available pesticides, the CDC said, which may further drive people’s misuse of toxic chemicals. Do-it-yourselfers should follow product instructions carefully.”